​​Equity Release Schemes For The Over 80's 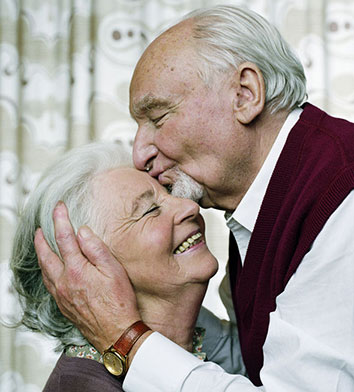 ​​​Do Any Of The Following Questions Apply To You?

​Please Enter Your Requirements Below:

4.8/5 | Our Service Is Rated Excellent By Our Customers

We Are Open At Weekends!

​Equity Release For People Over 80 Explained

There are a wide variety of products suited to equity release for over 80's and various options that allow you to repay some of the interest, or in some cases, all of it, depending on the plan you select.

Selecting a plan that’s suitable for you is difficult and can’t be done alone. You aren’t expected to either and are not allowed to.

Equity release products are highly regulated. Lenders need to be authorised by the Financial Conduct Authority. There’s also the Equity Release Council, which is the industry watchdog.

The Equity Release Council upholds fairness, transparency and ethical practices, insisting their members give homeowners a No Negative Guarantee. With this, it ensures that no matter how long your lifetime mortgage is in place for, your family will never owe more than your home is sold for. It’s a protection that ensures your family doesn’t inherit debt.

What it doesn’t do though is guarantee there will be any inheritance left for your family. If you plan to use equity release and leave some of your home’s value to your family as inheritance, the number of plans suitable will reduce. This is because there are fewer plan providers without upper age limits and that let you ring-fence a portion of your property’s value to leave to your loved ones as a guaranteed inheritance. There are some specialists’ providers that do though.

WE ARE HERE TO HELP YOU

​​Assessing Your Suitability ​For These Products

Equity release for over 80s requires a specialist approach because in almost all cases, pension credits are involved. When they are, even if you have an indefinite assessed income period, releasing a large amount of your property value as cash increases your savings, sometimes substantially. These changes can supersede the indefinite period, requiring the change in circumstances to be reported to the Pension Service.

There are, however, a number of exemptions in place for people using equity release at 80 and over that enables money to be released from your property through a lifetime mortgage, without affecting your benefit entitlement. It depends on how you spend your money.

Some exemptions include home repairs that are necessary for your wellbeing. This could involve fitting a stairlift, having a downstairs bathroom put in, adapting a bathroom into a wet room for easier accessibility or replacing your vehicle to another that’s wheelchair accessible. Or perhaps to consolidate loans so you can manage monthly outgoings better.

What you cannot do is release equity from your home and give it away as an advance on inheritance to your loved ones. This can be classed as deliberate deprivation of assets. When this is the case, your entitlement to benefits such as council tax reduction, pension credits, and care packages from local authorities to help with home care in your senior years can be cancelled out. A deliberate deprivation of assets is also benefit fraud, so it definitely needs to be care taken around how your money is gifted.

Types of Equity Release for Over 80s

The most common type of equity release for 80s are plans with interest roll-up. With these, you pay no monthly payments, but instead, interest is applied to the cash advance (or multiple if used as income or regular top-ups) based on the amount of capital you release from the equity you own in your home.

A property valuation is carried out by the plan provider with the cost usually included in the arrangement fee. It doesn’t matter what you paid for your home. The value of your home is based on current market conditions. This is the amount an equity release lender will use to determine how much you can borrow.

The older you are, the more equity you can release. Most plans are accessible from the ages of 55, with some having a minimum age requirement of 60. The LTV (loan to value) used is lower the younger you are. Therefore, for homeowners who have recently become eligible for an equity release plan, they may only be able to release 20% to 30% of their home’s value as either capital or as a pre-approved limit if they were to use a drawdown facility to keep some equity available to borrow later in life.

​GIVE US A CALL

​SEND US AN EMAIL

​​ ​​Calculating The Interest On Lifetime Mortgages

Working out the total cost of a lifetime mortgage is tricky, and it’s the reason why an equity release calculator online won’t work as a traditional home loan calculator would. That’s because on equity release plans, the interest is applied to the capital released as compound interest and that’s continual, not annually.

Usually, on savings accounts, compound interest is added annually. What that means is that if you have £10,000 with a 4% annual compound interest, you will get £400 interest the first year, then the second year, interest on the £400 too, so you’d get an extra £16 the following year if you left it untouched. Your interest would continue to pay more back to you with compounding interest when it’s used with savings.

With equity release, it’s not annual compound interest. It’s continual, so the interest is charged on interest monthly. This is why there are safeguards in place to ensure a lifetime mortgage is the best solution for your financial needs in retirement.

Another type of equity release product that’s somewhat of a newer plan is the interest-only lifetime mortgage. With this, the effect of compounding interest is mitigated as you make the monthly interest payments each month, keeping the capital owed the same.

Unlike the majority of equity release plans, interest-only plans have no upper age limit, so if you’re planning to use equity release at aged 80+; it’s worth considering if you could afford to make the monthly interest repayments.

On joint plans, these can be affordable, but if you’re relying on just a single pension, it’s worthwhile ensuring you can afford the monthly repayments before applying. The interest rates on these plans are generally lower; however, they can be difficult to be approved for as lenders need to be sure that requiring a monthly interest payment is not going to leave you without enough money to meet your care needs or living costs.

The advantages of these plans, besides having no upper age limit are the lower interest rates, the ability to lock the interest rate in for life, preventing it increasing with inflation while retaining the ability to switch to interest roll-up if a time comes when you struggle to make the monthly repayments.

For those looking to use equity release for over 80s and want a way to protect an inheritance for loved ones, interest-only plans are suitable for that and flexible enough to switch to interest roll-up. However, once the plan changes from interest-only to interest roll-up, the rate of interest can be higher as the interest lock-in only applies to the plan you’re approved for. If you need to change, the terms of the lifetime mortgage will change too.

The vast majority of lenders do prefer to lend to older applicants. However, for those applying for equity release over 85, there are fewer lenders available due to the upper age limits. Several providers have limited the age of applicants to 85 years old, with some capping the age at application at 90 years old.

Cautions with Home Reversion Plans for Over 80s

Home reversion plans are a type of equity release scheme that isn’t as popular as lifetime mortgages, but they are still an option.

With a home reversion plan, you can sell some or all of your home equity to a reversion company. With these plans, you retain the right to live in your home for the rest of your life, but once you pass, the reversion company requires the home to be sold, at which point they get the equity share agreed at the time the plan was started. If you sell 100% equity to a reversion company, there will be nothing left for inheritance. However, there is the option to use an equity split, such as taking 50% equity as a cash lump sum or as a monthly income and keeping 50% ownership. This can let you build in a 50% guaranteed equity to leave to your loved ones.

But the older you are, the riskier these plans are because they usually don’t payout when death is shortly after the plan started. A capital protection element can be included, which would provide a partial rebate but only if that option is selected at the outset.

Home reversion plans are generally a bad idea for those over 80 looking into equity release. It essentially means selling the ownership of your property to a reversion company for significantly less than its market value as they’ll only buy at a set percentage of your home’s market value. That could be as low as 40% below market value, and that’s with no inheritance guarantee. The only upside is you don’t pay interest, but you do pay by selling your home for far less than it’s worth.​

Speak With Our Consultants And Arrange A Free Quote. Specialist Equity Release Solutions For Any Individual Need.

​LET'S GET IN TOUCH

1st UK have formed strong relationships with finance providers, meaning we are often the first to hear about new products before they reach the market.