Best Equity Release Schemes For The Over 60's 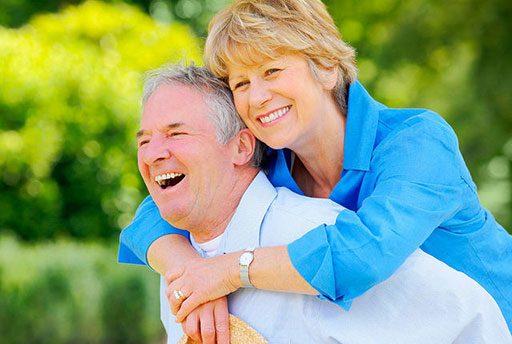 Do Any Of The Following Questions Apply To You?

Please Enter Your Requirements Below:

We Are Open At Weekends!

Equity Release For People Over 60 Explained

Despite equity release being an option for homeowners at the age of just 55, many reputable and experienced advisors will only recommend equity release for over 60s, and there’s an excellent reason for that.

It’s for your protection. It’s not advisors being mean telling you can’t get what you want. If you’re nearing 60, advisors are likely to be hesitant arranging equity release until you are 60 or over.

How many more 14-years can you have at aged 55? Living to sixty-nine is highly likely. So, you can expect to repay double the amount you borrow – when you take equity release at the earliest age you can. Statistics show that people are living for longer. It’s the reason the UK equity release market has seen a rapid growth of around 7% per quarter since 2016.

As an ageing population with dwindling retirement funds, most people need to borrow to fund their lifestyle and care needs for later in life. The largest financial asset retirees often have is their homes. Especially those who bought their homes prior to the property boom that’s seen a huge surge in property values.

The exponential growth in some areas of the UK has seen those aged over 60 with their homes adding tens of thousands to their asset wealth. Equity release plans are the way homeowners can tap some of the asset wealth to use to fund their senior years, which is why the plans have gained such popularity.

You will find that the best interest rates are available the older you are when you take out an equity release policy.

When you take equity release at 60 years old, there are more options open to you. Since 2016, the equity release market has grown massively with an increased product offering of 139 products available to those looking to use equity release at age 60. There are fewer plans available from lenders who have a lower age of 55. That being said, as more lenders enter the market, more safeguards are being put in place, mainly a minimum age requirement that’s above the current entry age of 55 for these products.

The FCA regulates all equity release plans. In addition, equity release plan providers are overseen by the Equity Release Council. There is a range of safeguards in place to protect consumer interest, fairness and transparency. It’s due to the high level of regulation of equity release plans that regulators rarely need to step in. Lenders take responsible lending seriously, insisting you get professional advice from an equity release advisor before they process your application.

For the most part, lenders self-regulate to maintain responsible lending, but when industry watchdogs see concerns, they will intervene, and they already have done.

Valid concerns have been raised about those under the age of 60, releasing equity through equity release plans. As compound interest is used on all lifetime mortgages, the FCA got behind lenders innovating with new products to prevent dwindling retirement funds when the Retirement Interest Only (RIO) mortgages were launched.

These are an alternative to homeowners on interest-only mortgages that are coming to an end, who may find themselves struggling to repay the capital with interest.

This is discussed below, as your equity release advisor may discuss this option with you if you do have an existing mortgage as many considering equity release at 60 with an interest-only mortgage does have.

WE ARE HERE TO HELP YOU

The Difference Between An RIO Mortgage And A Lifetime Mortgage

The key difference between a retirement interest-only mortgage and a lifetime mortgage is how you repay the interest. On a lifetime mortgage, you release equity from your home and pay nothing back until you (or both homeowners) die or move into long-term care. As there are no monthly payments to make, there’s no need to prove affordability, and there’s generally no need for a credit check to prove creditworthiness, other than those run for ID verification purposes.

The downside and the main concern lenders and equity release advisors have with lifetime mortgages is your suitability for them. When you’re in good health, live an active lifestyle and have a long outlook ahead of you, if you choose to use equity release at 60, you could be paying back double in interest rates if you live to the age of 74.

Where this is problematic is for those with the only asset being the family home. In terms of inheritance, you can build in an equity guarantee, such as guaranteeing 20% or more of your property value is paid to your heirs as part of your will.

If you want to protect some of your property value to leave to your loved ones, the portion will be reduced from the maximum LTV (loan to value) a lender offers. Not all equity release plans provide an equity guarantee. They do all provide a no-negative equity guarantee. This ensures that no matter how long you live, your loved ones will not need to make up any shortfall in the interest payments owed if your home needs to be sold at less than the amount owed. The downside to that is it can leave your loved ones with nothing or little inheritance.

There are some products suitable for equity release for over 60s that let you pay some of the interest towards the loan.

Never all of it though, unless specific terms are met. Usually, that’s when one partner dies or moves into long-term care, the survivor or last remaining partner living in the household and named on the plan can repay the loan free of early repayment charges. That’s provided they are with a provider who offers flexible ERCs (early repayment charges), which can allow for full repayment (usually after 5 to 10 years on the plan) or 3-years if there’s downsizing protection. Not all equity release products have zero rate or reduced ERCs, but if you do want to keep your options open, let your advisor know as they’ll be able to eliminate unsuitable plans more effectively.

Where an equity release plan allows for partial repayments of the interest, it’s usually up to 10% per year, although some will restrict payments to £500 increments over a maximum of 6 repayments per year or similar arrangement.

On lifetime mortgages, the interest will always roll-up until the end of its term.

On a retirement interest-only mortgage, you repay 100% of the interest, and the only part you don’t repay is the capital. The interest is still repaid for life, but as you’re continually paying the interest, the compound interest effect doesn’t eat into your estate’s value; therefore, you can leave more aside as an inheritance for your loved ones.

There can be less flexibility in terms of ERC free periods when certain criteria are met as well as the ability to port your mortgage to a new property. On a lifetime mortgage, a number of lenders are increasingly adapting their products to suit the needs of older borrowers, whereas retirement interest-only mortgages are more geared towards those with existing interest-only mortgages who may be struggling to repay the capital with interest.

Another aspect with retirement interest-only mortgages is that they can be used to release some of the equity you’ve built up in your home.

GIVE US A CALL

SEND US AN EMAIL

The Flexibility Of Equity Release For Over 60s Borrowing

With more lenders entering into the growing equity release market, there is more flexibility now than there was just a few years back. Plans have matured to meet the needs of later life borrowing, allowing those over the age of 60 to enter into plans that don’t have as strict criteria that locks your lifetime mortgage in for life. There are various criteria available among different plans that give joint homeowners the ability to exit the lifetime loan when one person passes or moves into long-term care.

Another is downsizing protection. As you age, your home may no longer suit your lifestyle without sufficient adaptations to maintain a quality lifestyle in your own home in your senior years. It is a legal requirement that your home is suitable for you to maintain quality living standards.

Should you need to sell your home to move into more suitable accommodation, such as selling a house to move into a bungalow, there can be a grace period to repay the lifetime mortgage without high early repayment charges. The interest will still apply though, so downsizing protection only gives a way to exit the plan stopping the compound interest rolling up, but it won’t cancel the interest accumulated from the time the plan started.

Drawdown options: An equity release plan with a drawdown facility lets you take part of your home equity out as a cash lump sum and leave a pre-approved amount, based on the LTV you qualify for, with the lender as available funds to borrow later in life. With these, you can take out the funds you need, perhaps for home improvements, take a cruise, get a new car, or pay for your kid’s wedding and you only pay the interest on the funds released.

The money that’s left on reserve is interest-free until you withdraw it. This can be a safer way to release some equity from your home, limiting the interest payable while keeping the ability to finance healthcare in your later years there if you need it.

Speak With Our Consultants And Arrange A Free Quote. Specialist Equity Release Solutions For Any Individual Need.

LET'S GET IN TOUCH

1st UK have formed strong relationships with finance providers, meaning we are often the first to hear about new products before they reach the market.